What is a Black Axolotl?

The black axolotl is a variety of the Mexican axolotl, an amphibian species known for its ability to regenerate lost body parts. 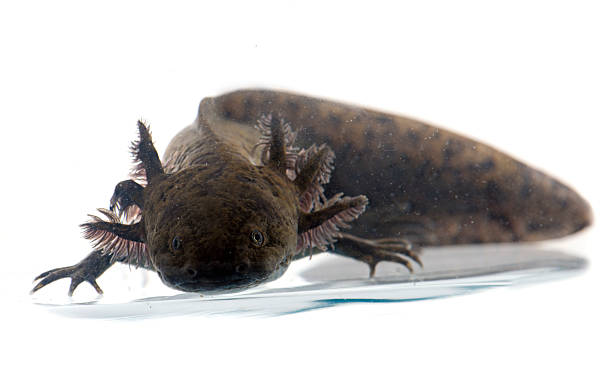 The black coloration results from a genetic mutation that causes the animal to produce more melanin, the pigment that gives color to the skin. It is not found in the wild but only in captivity due to selective breeding. They are similar in appearance and behavior to the more common albino.

They are typically dark in color, with dark black skin and black eyes, instead of pink and white. Also have black or dark grey pigmentation. They have the same features as the normal axolotls, such as external gills and a wide, flat head.

How rare is a Black Axolotl

However, Axolotl black is not commonly found in the wild, but they are available through breeders and pet stores.

Where Does black axolotl Live?

The black axolotl, also known as the Mexican walking fish, is native to the lake complex of Xochimilco near Mexico City, Mexico. They are an aquatic salamander species that are found in the canals and channels of the lake complex, as well as in the surrounding marshes and swamps. It is critically endangered.

How many times can an axolotl regenerate

An axolotl has the ability to regenerate lost body parts multiple times. Studies have shown that they can fully regenerate lost limbs, spinal cord, and, feets even parts of their brain.

However, the number of times an axolotl black can regenerate is not well-established in scientific literature. But some Studies have shown that axolotls can regenerate lost limbs up to five times, Some studies also suggested that the ability to regenerate may decline with age or with multiple regenerations of the same body part.

How expensive is a black axolotl?

The cost of a black axolotl can vary depending on several factors, such as the location, rarity, and quality of the specimen.

In general, They are considered rare and can be more expensive than other colors of axolotls. Prices for black axolotls can range from around $20 to $50 or more. 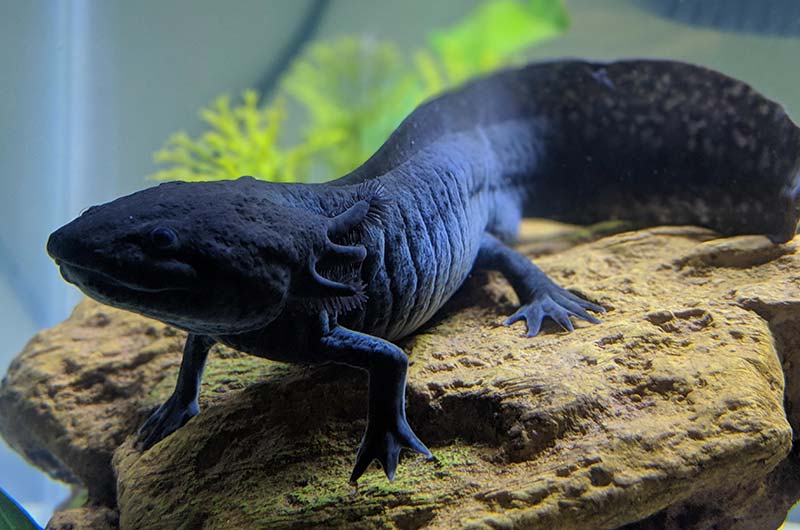 It’s also important to note that axolotl black is considered an “endangered” species and breeding them in captivity may not be allowed in certain areas. It would be best to check with your local laws and regulations before purchasing axolotls.

How long does a black axolotl live?

They are typically lives for around 10-15 years in captivity, although they have been known to live for longer in some cases. In the wild, their lifespan may be shorter due to a variety of factors such as predation and disease.

Yes, the axolotl black (Ambystoma mexicanum) is considered to be critically endangered in the wild. Their populations have declined significantly due to habitat loss and water pollution in their native habitat in Mexico.

Additionally, the introduction of non-native species, such as tilapia and carp, has also contributed to their decline. Efforts are currently being made to conserve and protect wild populations, as well as to breed and raise axolotls in captivity for research and education purposes.

Axolotls are not poisonous. They are a type of salamander that is commonly kept as a pet. They are not known to produce any toxins and are generally considered safe to handle.

Axolotls are relatively quiet animals and do not make a lot of noise. They are primarily silent creatures and do not vocalize as some other animals do.

It is a unique and interesting species that can make great pets for the right owner. They are a type of amphibian known for their regenerative abilities and are often kept in home aquariums.

However, they can be difficult to care for and require specific conditions, such as a cool water temperature and a diet of live food. Additionally, they are not very common in pet stores and may be difficult to find.

If you are interested in keeping an axolotl black as a pet, it is important to do your research and make sure you are able to provide the proper care and conditions for the animal. 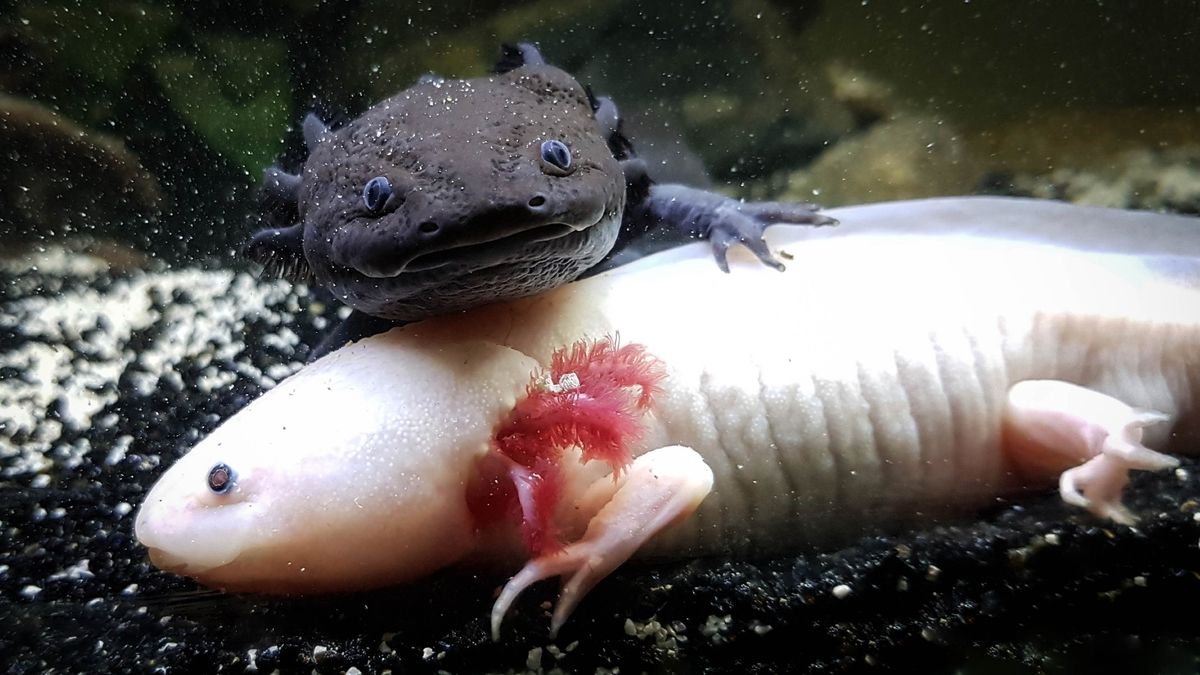 What is the rarest axolotl colors in real life?

The copper melanoid axolotls are the rarest color of axolotls. The most common coloration for axolotls is brown or grayish-brown with black speckles, which helps them blend in with the muddy bottom of their natural habitat. 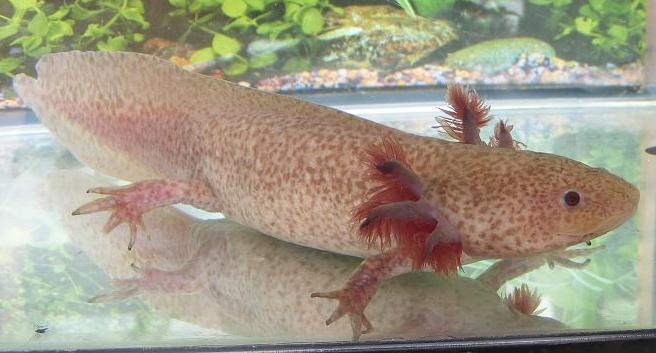 However, there are a variety of other color variations that can occur, such as albinos (white with pink eyes), leucistic (white with black eyes), melons (all black), and various other colors. Among these, the copper melanoid axolotls are considered to be the rarest.

The black axolotl is not known to bite humans. They are a non-aggressive species of amphibians and are typically kept as pets or used in scientific research.

However, they do have a strong bite reflex, so it is important to handle them gently and with care to avoid accidentally getting bitten. They are aquatic salamanders that primarily feed on small aquatic animals such as worms and crustaceans.

It depends on where you live. In some places, owning an axolotl black as a pet may be illegal or regulated, while in others it may be completely legal. It is important to research the laws and regulations in your specific area before owning any type of pet.

How to get a black axolotl in Minecraft

In Minecraft, a Black axolotl squishmallow is a type of aquatic mob that can be found in the underground caves of the Overworld. To get a black Axolotl, you will need to use a spawn egg or use a command to summon one.

How rare are a axolotl in Minecraft

In Minecraft, axolotls are a type of mob (mobile entity) that can be found in underwater caves. They are considered to be relatively rare, and can only be found in a specific biome called the “Crimson Forest”.

Black axolotl squishmallow in Minecraft are considered even rarer than normal axolotls. They are extremely hard to find, as there is only a 1 in 10,000 chance of them spawning.