The Deutsch Drahthaar or German Hound, also known as the Drahthaar, is a breed of dog that is a medium to large-sized scenthound. The breed originated in Germany in the 19th century, where it was developed for hunting small game, such as foxes, hares, wild boars, and tracking wounded deer.

They are known for their strong sense of smell, endurance, and intelligence. They are versatile hunting dogs, able to work in various terrains and conditions.

Deutsch Drahthaar, also known as German Wirehaired Pointers, are a versatile breed of dog that can make good pets. They are known for their intelligence, trainability, and loyalty.

They are also well-suited for hunting and other outdoor activities, which makes them a good choice for active families or individuals. 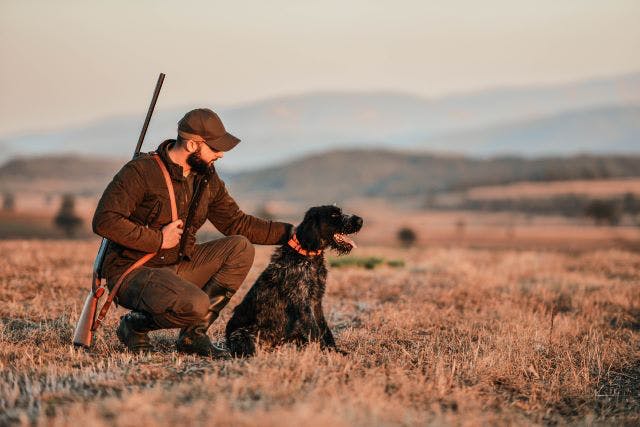 However, like with any breed, it’s important to do research and make sure that a Deutsch Drahthaar is the right fit for your lifestyle and household before bringing one home as a pet. Training and socialization are also important, as with any breed.

How much do Deutsch Drahthaar weigh How big do Deutsch Drahthaar get

Deutsch Drahthaar typically stands between 22-26 inches (56-66 cm) at the shoulder for males and between 21-24 inches (53-61 cm) for females. They are considered a medium to large breed of dog.

However, it’s important to note that there can be variation within a breed and individual dogs may be taller or shorter than the typical range. The overall size of a Drahthaar can also be affected by factors such as diet and exercise.

What is the difference between a Drahthaar and a German wirehaired?

The German Wirehaired Pointer is a versatile hunting breed that was developed in Germany in the late 19th century. They have a distinctive wiry coat that helps protect them from the elements while they are working in the field.

They are known for their intelligence, trainability, and loyalty, and they are well-suited for hunting and other outdoor activities. They are also known to be good family pets.

Is a German pointer a good family dog?

German Pointers, also known as Deutsch Drahthaar, can be good family dogs. They are known for their intelligence, trainability, and affectionate nature.

They are also very active and require plenty of exercises, which makes them a good fit for active families or individuals. German Pointers are versatile dogs that excel in hunting, agility, and obedience competitions, and they also make great companion dogs. 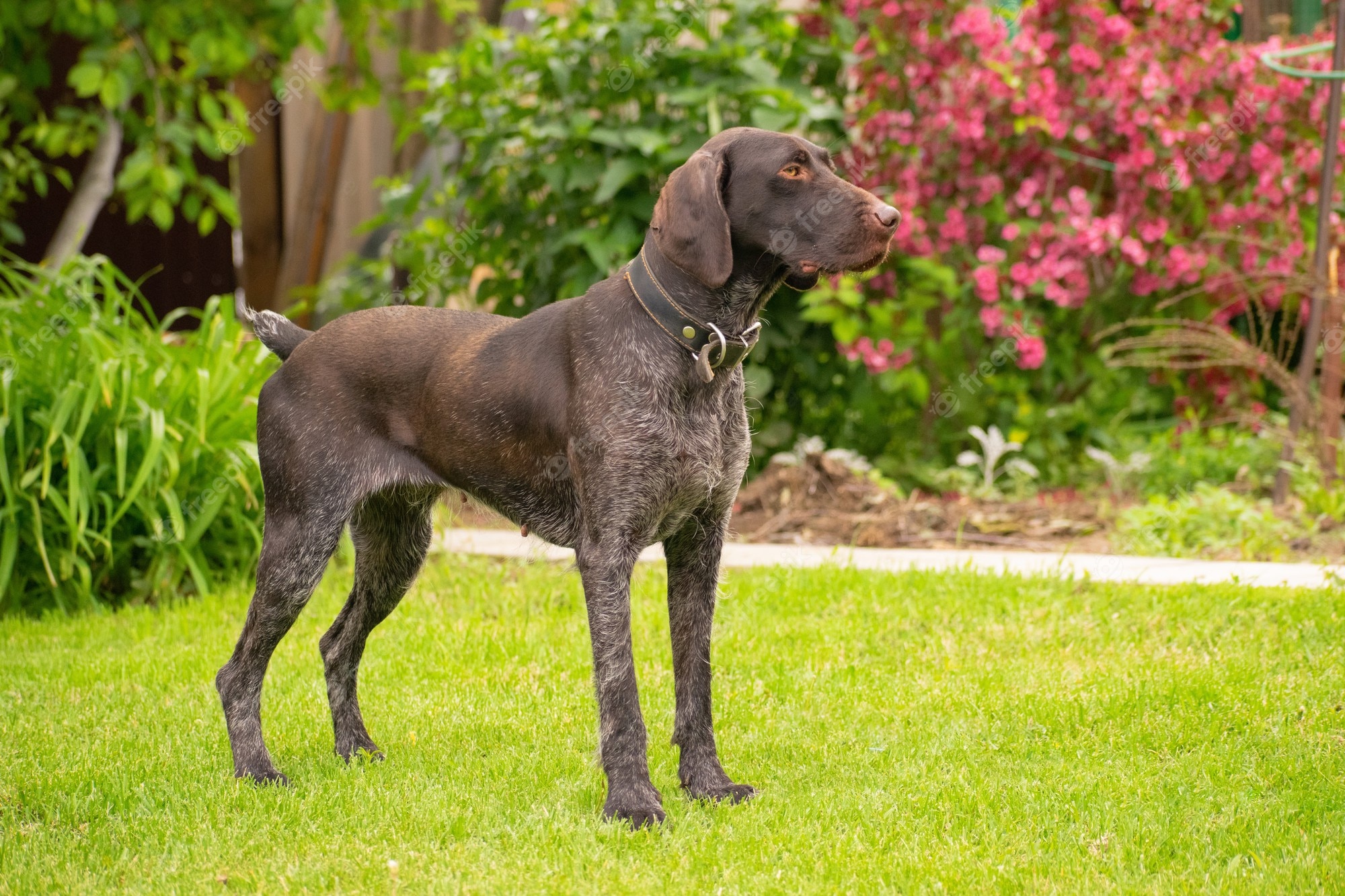 However, like any breed, it’s important to do research and make sure that a Deutsch Drahthaar is the right fit for your lifestyle and household before bringing one home as a pet. Training and socialization are also important, as with any breed.

How long do drahthaar dogs live?

The lifespan of a Deutsch Drahthaar, also known as a German Wirehaired Pointer, is typically between 12-14 years. However, it’s important to note that this can vary depending on factors such as genetics, diet, exercise, and overall health care.

Drahthaar dogs are a medium to high-maintenance breed. They are an active and intelligent breed that requires plenty of exercises and mental stimulation to keep them happy and healthy.

Additionally, they are a hunting breed and so they are highly trainable, but they need consistent and positive training to be well-behaved and obedient.

Overall, if you are willing to put in the time and effort to provide them with the proper care, training, and exercise they need, a Drahthaar can make a great companion and pet.

Drahthaars are a highly active and intelligent breed that requires plenty of exercises and mental stimulation to keep them happy and healthy. If they don’t receive enough exercise or mental stimulation, they may become destructive.

This can manifest in various ways such as chewing on furniture or other household items, digging holes in the yard, or becoming excessively vocal.

However, this behavior is preventable and can be avoided by providing them with plenty of exercise, training, and mental stimulation. 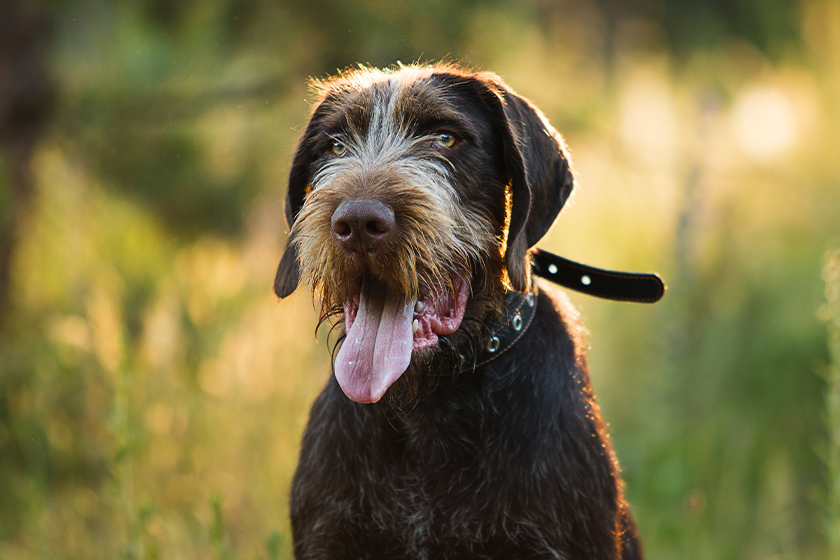 Do Deutsch drahthaar dogs have hair or fur?

Deutsch Drahthaar dogs have a wiry coat of hair. Their coat is thick and wiry, and it is designed to protect them from the elements while they are working in the field. The coat is typically a mix of colors, including brown, black, white, and liver. 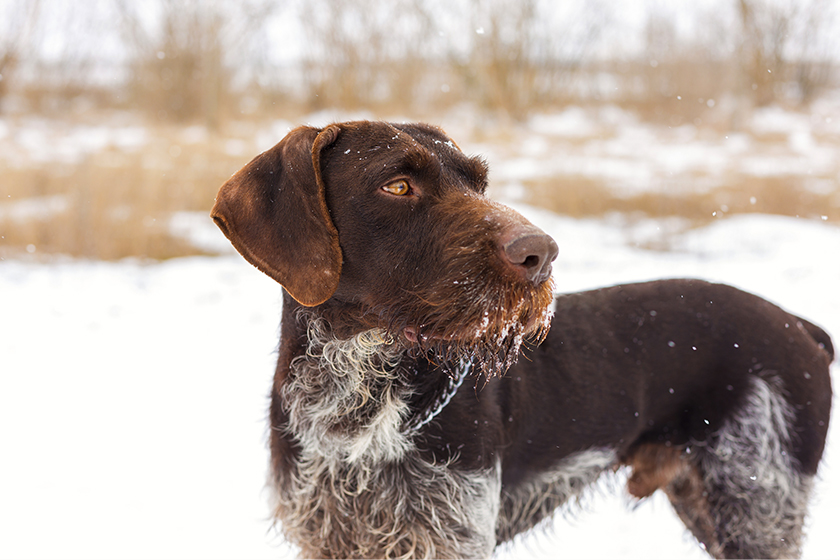 The hair on their face and ears is shorter, while the hair on their body and legs is longer. They have a thick undercoat which provides insulation. Their coat is not as fluffy or soft as some other breeds, so it’s not as good for snuggling, but it provides them with protection from rough terrain, rain, and cold temperatures.

Deutsch Drahthaar, also known as German Wirehaired Pointers, are a breed that can be prone to barking. They are an active and intelligent breed that requires plenty of exercises and mental stimulation to keep them happy and healthy.

Teaching them proper barking commands and understanding when barking is appropriate and when it is not will help to keep them from barking excessively.

It’s important to note that every dog is unique and the amount of barking can vary from one Drahthaar to another. Factors such as training, socialization, and overall environment can affect the barking behavior of a Drahthaar.

How much are Deutsch Drahthaar dog Cost

The cost of a Deutsch Drahthaar can vary depending on a number of factors such as the location, the breeder, the lineage, and the purpose of the dog (show, hunting, pet).

Generally, the cost of Drahthaar puppies can range from $800 to $2,500 USD. However, some breeders may charge more for puppies from champion bloodlines, or for Drahthaar puppies that are being sold for breeding or show purposes. 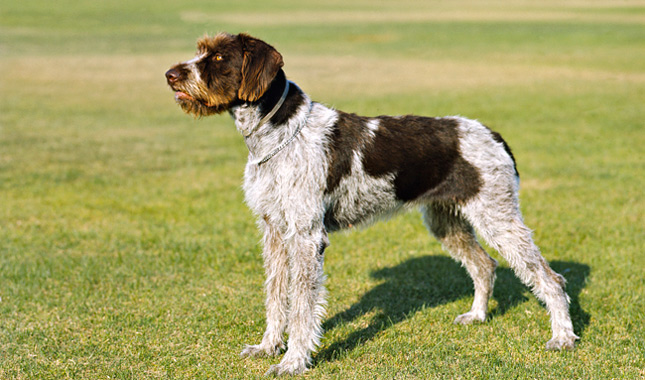 It’s also important to remember that the cost of Drahthaar puppies is just the beginning, as you will also have ongoing expenses such as food, veterinary care, grooming, training, and other supplies.

Drahthaarsdog breeds are not considered hypoallergenic. They have wiry coat that requires regular grooming to keep them in good condition and they are a shedding breed. They also have a thick undercoat which can add to the shedding.

Their shedding can vary depending on the time of year, but they are known to shed more during shedding seasons. 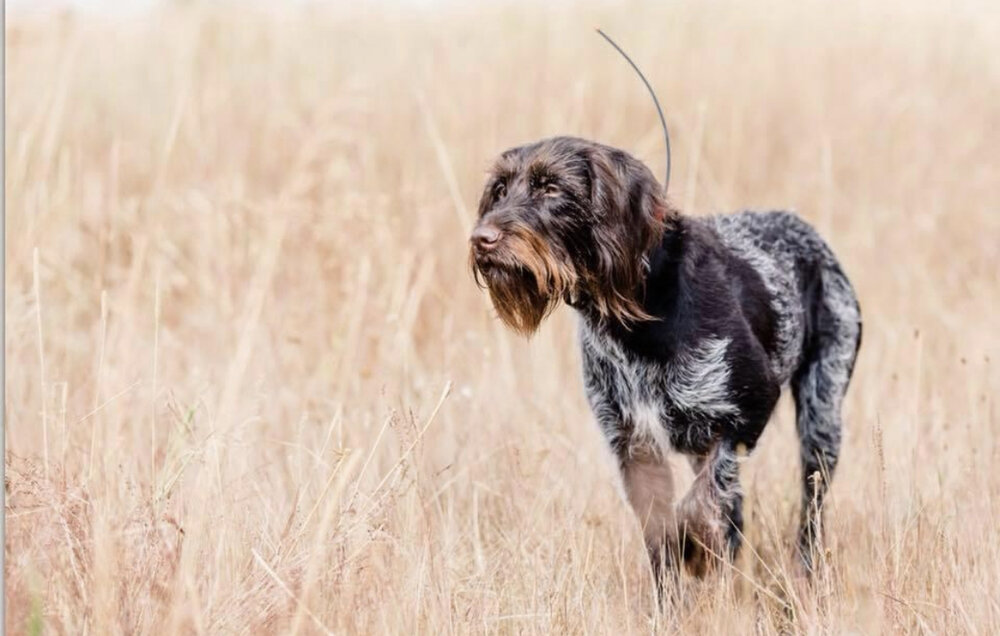 It’s also important to note that there are some grooming techniques such as regular brushing, that can help to minimize the amount of shedding and dander that can be found in your home.