Hermit Crab Without Shell (All Facts)

The Hermit crabs are crustaceans that typically live in shells or other protective enclosures. Hermit Crab Without Shell would be vulnerable to predators and other dangers. They are unable to survive without a shell, as they use it to protect their soft, vulnerable bodies. 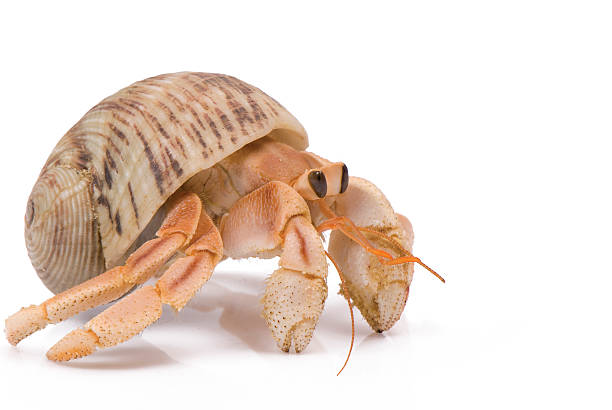 Do hermit crab without shell exist:

Hermit crab without shell does not naturally exist. As they are crustaceans, their soft bodies are protected by a hard exoskeleton, which in their case is typically a found shell.

They do not have the ability to grow their own shells like some other species of crustaceans. Without a shell, a hermit crab would be vulnerable to predators and other dangers, and would not be able to survive.

Some hermit crabs in captivity may be kept without shells, but this is not a natural or healthy environment for them.

How long can a hermit crab without shell Live:

A hermit crab without a shell would not be able to survive for very long. The shells they inhabit not only provide protection for their soft bodies but also serve as a way for them to regulate their moisture levels and maintain proper respiratory function.

Hermit crab without shell will quickly become dehydrated and unable to breathe properly, leading to death. In captivity without a shell, the lifespan of a hermit crab would likely be measured in hours or days at most. It’s not a recommended practice to keep hermit crabs without shells.

What does a hermit crab without shell Look like:

A hermit crab without a shell would have a soft, segmented body with a head, thorax, and abdomen. The body would be a pale pink or gray color.

On the head, there would be two pairs of antennae, two compound eyes, and two pairs of mandibles (jaws) for eating. The thorax would have five pairs of legs, including the large front claws that hermit crabs are known for. 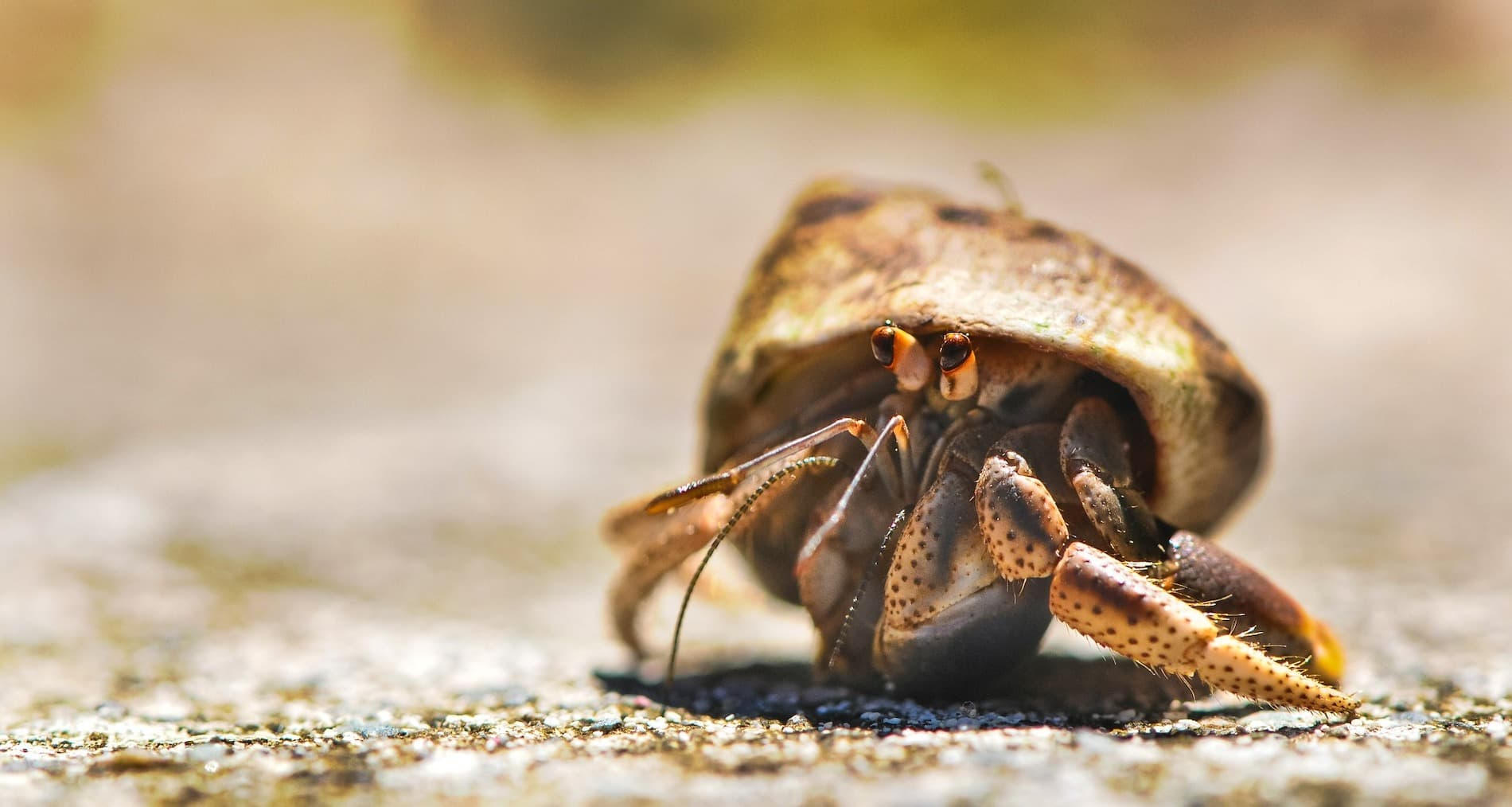 The abdomen would be soft and unprotected. It’s worth noting that, as mentioned before, hermit crab without shell do not naturally exist, and keeping them without a shell is not a natural or healthy environment for them.

How often do hermit crabs change their shell?

Hermit crabs change their shells periodically throughout their lives as they outgrow their current shells or if their shells become damaged.

Some factors that can influence the frequency of shell changes include the availability of suitable shells, the health and growth rate of the crab, and any damage to the current shell.

For example, if a hermit crab’s current shell becomes damaged or is too small for its growing body, it will likely seek out a new shell as soon as possible. Additionally, if there are many suitable shells available, a hermit crab may change shells more frequently.

What do I do if my hermit crab has no shell?

If you find a hermit crab without shell, it is important to act quickly to provide it with a new one. Hermit crabs rely on their shells for protection, moisture regulation, and proper respiratory function, and without a shell, they will not be able to survive for very long.

Here are some steps you can take:

Most species of hermit crabs are not poisonous. They do not produce venom or toxins and are not harmful to humans. However, it is important to note that hermit crabs are crustaceans, and as such, some people may be allergic to them or have a shellfish allergy.

It’s also worth noting that some species of hermit crabs that live in the wild and have symbiotic relationships with marine organisms such as sea anemones or corals, may have some toxic or venomous partners. These organisms can be harmful to humans if handled improperly or ingested.

In general, hermit crabs are not poisonous and can be kept as pets without any risk of poisoning for humans. However, it’s always recommended to handle them with care and wash your hands after handling them to avoid any potential allergic reactions.

The lifespan of a hermit crab can vary depending on the species and the conditions under which they are kept. In the wild, hermit crabs can live for several years.

However, in captivity, their lifespan can be significantly shorter due to factors such as poor living conditions, lack of proper nutrition, and disease.

Do hermit crabs get pregnant?

Hermit crabs do not get pregnant in the traditional sense. They reproduce through a process called “broadcast spawning,” where the female releases eggs into the water, and the male releases sperm to fertilize them.

The fertilized eggs develop into planktonic larvae which then settle and metamorphose into juvenile hermit crabs. Hermit crabs are not mammals, they are crustaceans and they reproduce through external fertilization. They don’t have a womb, as they lay their eggs in the water and fertilization happens outside of the body.

The females will carry their fertilized eggs on the pleopod (swimmerets) for a period of time before releasing the eggs into the water for fertilization. The eggs will hatch into planktonic larvae that will eventually settle down and develop into juvenile hermit crabs.

Marine hermit crabs are adapted to live in saltwater environments, they have specialized gills that allow them to extract oxygen from saltwater.

These crabs also have a thicker exoskeleton than land hermit crabs and they are able to tolerate the salt content in seawater better. These crabs typically need specific gravity levels around 1.019 to 1.025, and a pH range of 8.1 to 8.4.

Do hermit crabs love their owners?

Hermit crabs, like many other invertebrates, do not have the capacity for love or emotional attachment in the way that humans and other mammals do. They are not able to form emotional bonds or show affection towards their owners or other living beings.

Hermit crabs make great pets, they are fascinating to watch and can be very entertaining. However, it’s important to remember that they are not capable of feeling emotions like love and affection, and their behavior is based on their instinctual needs and responses to their environment.

Hermit crabs can live in sand, but it is not the best or most natural substrate for them. Sand does not provide the humidity or shelter that hermit crabs need to thrive.

Additionally, hermit crabs need a suitable shell to protect their soft bodies, and sand is not a suitable material to build a shelter or hide.